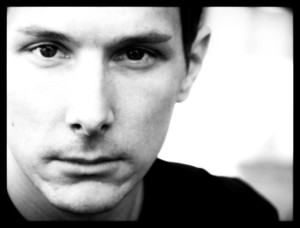 DJ Psiho (Annunaki Records, Adrenalin, Techsturbation, Vezotonik, Glorio Music, SCR, iSpace)
He started his music career in 1996 as a DJ in Umek’s Absense team and later in Consumer Recreation. But naturally, his love for electronic music goes a long way back into the end of 80’s, when he was already one of its first fans in Slovenia.

His Dj style is dynamic, funky, and energetic. He plays various stiles of techno based around 127 – 130 bpm. In a few years of hard working and numerous performances DJ Psiho made his way up to the top of Slovene techno scene and had played with Jeff Mils, Richie Hawtin, Adam Beyer, Chris Liebing, Takkyu Ishino, Space Dj’s, Steve Stoll and with many others. At the end of 90’s as a resident DJ he cooperated in a that time main techno related clubs as Propaganda, Sub Sub, Colosseum (Croatia) and famous Ambasada Gavioli. His name has regularly appeared on all massive Slovene events such as ECO Festival, Tasteful Events, Electronic Carnival etc.

For more than decade he is taking up the music production. He is experimenting with different sounds and beats. He produced hip-hop and R&B album ADRNLN – 1997 In collaboration with many slovenian respected artists and MC’s like Klemen Klemen, Ali En, Zlatan Cordic, Ballau, Laydee B, BMD, Ironic Tronic, 6Pack Cukur, Atila, Pezzi Pezz, King, Shaba, Darwa… His name is also found on top slovenian hip hop compilations. At the moment he is working on TAHO corp. project with slovenian artist Dj Dado.

In the year 2000 he established his own publishing agency Annunaki Records which made success with the single 070B from annu001, which was included on the mix CD In The Box live at Womb Club Tokyo by the world wide known Japanese Dj Takkyu Ishino. 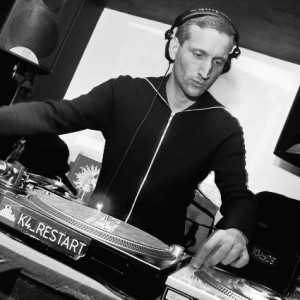 became a member of dj Umek’s Absense team (later Consumer Recreation) in 1995. Influenced by DJ Umek he soon developed his own specific dj and production style. He played on many big parties with well known djs, such as Jeff Mills, Richie Hawtin, Adam Beyer, Marco Carola, Chris Liebing, Dj Rush etc. With dj Dojaja, they started producing their own music in 1998 under alias Temponauta and created their record label Temponautika.
Agglomerating turntables and computer (efx and many digital instruments), using many different approaches with real-time programing/producing, greatly upgrades his performance and brings us a new, fresh idea of a dj, who becomes a nonconventional dj live act.
Bizzy is also one of the Astrodisco, Unizzon, Dataminions, Ouroborots, Rotor (The Rotors), Chilli space, Temponauta,… movement founders. 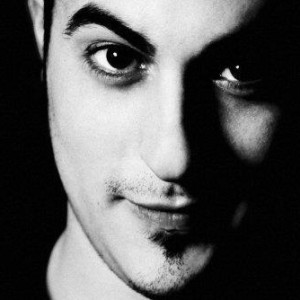 was blessed with the awareness that music is all about the feelings, soul searching, passion and dedication. It’s an art form based on inhaling impressions of the World how it is, processing them intimately, while expressing your own vision of the World how it should be trough notes and harmonies. Ian F does this on various levels: as a producer, deejay and promoter.

Long time Ambasada Gavioli resident and a driving force of Colours Music has explored the art of improvisation at an early age, indulged heavily on alternative as a teenager, and nurtured this passion even more after becoming a music professional more than a decade ago.

His vision of club culture coincides with the philosophy of Jesus Loved You collective in which he acts as an artist, A&R and event manager. He is a regular supporting act at the legendary K4 club in Ljubljana and inescapable performer at major events and festivals in Slovenia and wider region. He performed on dance floors in Ibiza, Greece, Italy, Romania, Ukraine, Netherlands, Austria, Hungary, ex Yugoslavian countries…

Currently he spends most of the off-deck time developing his own concept of studio process built on blending electronic and organic sounds trough collaborations with various artists and live musicians, being focused on producing complex arrangements rather than striped-down tracks. After a series of releases on selected labels in Europe, Asia and the USA (Jesus Loved You, Sleep is Commercial, Session DeLuxe, SK Supreme), he’s dedicated to spread his smooth eclectic noise even further in the forthcoming months…

is the developer of new wave tech-house MC-ing. He is the man, who reinvented the way of vocalizing the Techno music in European space.Flasher began performing as the front man in, at the time, progressive punk rock band Pudding Fields in 1993 and as an actor in various smaller theatres in Slovenia and Northern Italy.He received his first voice/speech training at the national Slovenian radio and television broadcasting company (RTV Slovenia). Later he produced and hosted a number of alternative music radio shows on different Slovenian radio stations.In 1998 he began to develop the project of tech/house vocal animation under supervision of Ambasada Gavioli as producer and Valentino Kanzyani as the art director, which proved to be one of the most defined and sophisticated projects of its kind in Europe at the time. As a techno MC he created a fusion of different approaches, techniques and skills he developed through his theatre, music, radio and television work.MC Flasher received academic training in theatre and performance arts at universities of York and Ryerson in Toronto, Canada.
His understanding of vocal performance is based on stories and themes. Flasher deconstructs the elements and meanings of the theme and assembles them into a greater vocal super-structure that is projected into the music-ambiance-public during the event. His techno style is described as “atmospheric flashing of mind” and the vocalizing is producing a “sound picture”, which ultimately affects the receiver’s state of mind.

Beside years of residency in Slovenia’s most famed techno venue Ambasada Gavioli , his most important public appearances included performances at Cocoon’s Morph to Extreme series in Amnesia, Ibiza (Spain) in cooperation with Sven Vaeth.

Flasher’s is currently based out of Toronto, Canada, where he is involved in various media projects while being the prime mover of the Neon Vision music project with Intellegenix Record’s Drumatix Six (Aaron Cunningham), giving an edge to Canada’s dark electronic scene. 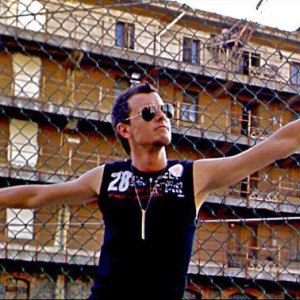 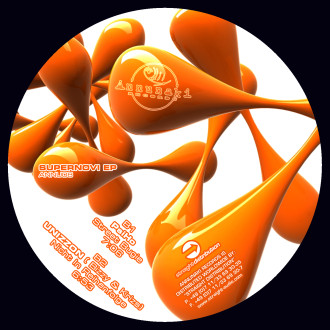 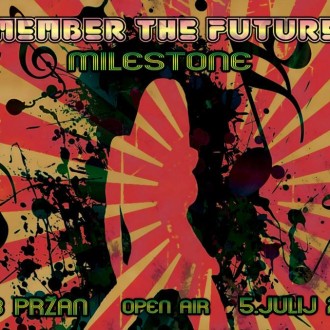