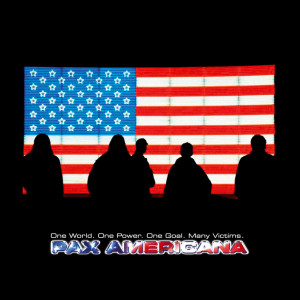 Spring 2003. The beginning of war in Iraq. In STUDI POGON in the very heart of Slovenian capital Ljubljana a diverse group of DJ’s, musicians and producers sat together Totally revolted by the arrogance of the only global superpower, by all the lies the war was based on, by total lack of respect for human life.

An idea is born. PAX AMERICANA. A music project that was created by their alltogether power with ANNUNAKI RECORDS would subtly point out the fact that »the emperor is naked« . And that the fictitious reasons for the war were launched to satisfy the imperialistic  ambition of the current American administration. It was a big lie they kept repeating on and on and on. The lie that should never be forgotten. It should be sampled and repeated as a reminder. On and on: »Day by day Saddam Husein« (G.W. Bush)

Iztok Turk, the executive producer of the project, started recieving tunes soon after that session. The main theme was war in Iraq and what all the tunes have in comon are the samples of speeches of the key players of Iraqui drama in crucial moments before and during the war (George W. Bush, Saddam Husein)

A substantial number of musicians-producers participated. They decided to fight against this and other unjust and senseless wars with the only weapon (not of mass destruction) they have and know how to use. Their music.

Because of the great number of participants it took quite some time before the project was finalized. Quite a lot of water (and blood) has flown under the bridges of Bagdad in the meantime. But Iraq is still engulfed in the flames of war and the message of PAX AMERICANA still stands. Especially before the election in the global democracy No. 1. The election that is going to determine the destiny of our planet for the next four years.

The participating artists were quite free to choose the music genre. And so it happened that almost all genres and subgenres of electronic music are present on the compilation. Which makes the music experience so much more interesting for the listener.

The compilation contains a tune by  DJ BIZZY – PANDEMIA USAX, which was already released on Vinyl KNEDL LP at Annunaki Records under the serial No.  Annu005.

A music video for DJ PSIHO’s tune RED LINE is currently in post-production.

The launch date of PAX AMERICANA is of course not coincidental. 9/11. A tragic day that has tragicly and irreversibly changed the world we live in. 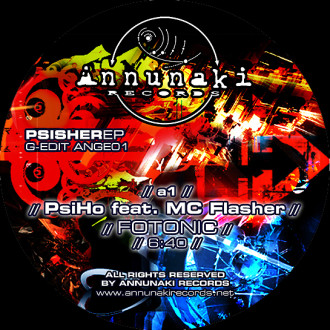 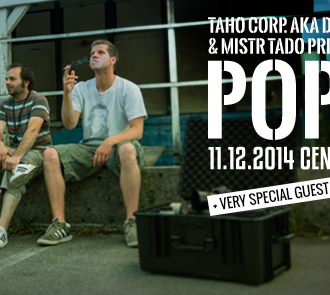